Thursday night last week was rather a big one. I went to a party at the Barbican. It was a work do. The wine was flowing, and there were canapes going around, just not quite enough to soak up the alcohol. It was a very boozy affair.

The next day I got in to work having had three hours sleep. I wasn’t hung over,  but the same couldn’t be said of my colleagues. They sat much more quietly than usual, and winced at my cheery hellos.

As lunch approached I was fading, and few of my friends were remembering that they have a tendency to feel a lot more hung over in the afternoon. The vital question at this point was… what to do for lunch? We considered all our options, but everyone really wanted grease. I rather fancied a Chicken Katsu Curry.

Ever heard of Five Guys? I’d heard it was like an overpriced McDonald’s with a seemingly never ending supply of in the shell peanuts. We’d rejected this as an option on previous occasions, with the notion that it’s the type of place that is only enjoyed when drunk. Since we were all feeling a bit worse for wear (some of us worse than others), we came to the decision that it was still respectable to extend this conclusion to being hung over. It was decided. We were going to Five Guys.

It was undeniably garish, red and white all over with overflowing buckets of the aforementioned peanuts. The music was pumping loudly. Eventually my friend, with a look of pain and his hands over his ears, asked me to collect his burger and ran away to the relative quiet of the downstairs eating area. When we caught up with him, burgers in hand, a few minutes later he was looking pale, with a slight tinge of green. I placed his burger in front of him with a sympathetic shoulder pat.

I’d ordered a cheeseburger with all the toppings. Unfortunately, by the time I ripped open my brown paper bag, my foil wrapped burger had fallen apart and spread everywhere. It was carnage. I had to spend a good five minutes piecing it together like some sort of forensic specialist at a burger murder. I was then faced with the question of how to eat it. It’s big, not the kind of burger that you can eat like a lady, quite the opposite. You just have to stuff in in your mouth and hope for the best. If I said I didn’t come out the other end with sauce everywhere, I’d be lying. It was all very sloppy. The flavours on the burger, the grilled onions and mushrooms, pickles, tomato and sauces were actually delicious. In a gross sort of way. The chips were pleasant, but not interesting enough for me to bother writing about them.

So I guess you’re wondering if it hit the spot? It did actually make me feel a bit better, though I waddled out of the place feeling as fat as an elephant and almost immediately fell into a food coma. Would I go again? Probably… but only when drunk… 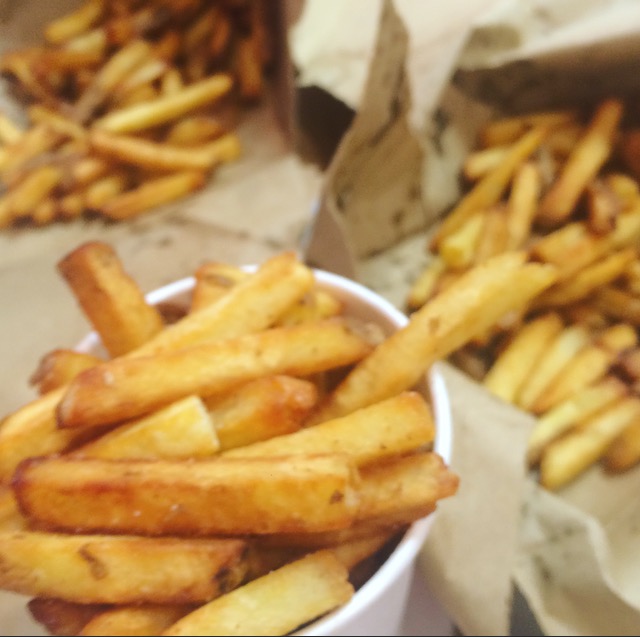 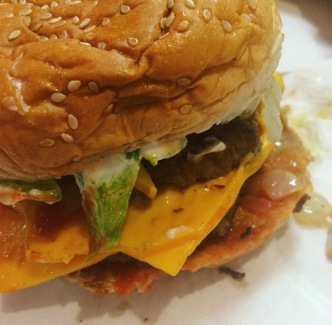 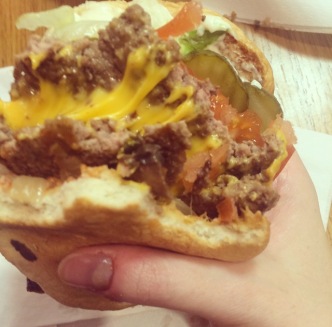 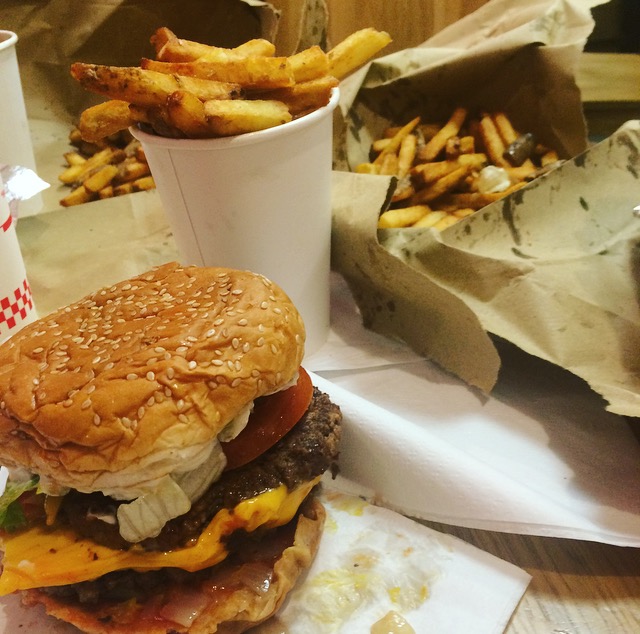