Saturday morning, I eat pizza for breakfast. I could have fried up some eggs like a normal person. But the pizza was calling me. I don’t know why exactly. It just was.

I’d say it probably all started the evening before when I got hammered on Veurve Cliquot at the office, followed by a couple of gin and tonics and then tottered home, starving. I by-passed Papa John, citing my lack of appreciation as reason for being undeserving, and settled on a two quid spinach and ricotta oven pizza from Sainsbury’s.

Five minutes later, I was home watching the pizza through the glass of my oven like an impatient child, and swaying in my kitchen.

Then, gobble gobble gobble… half the pizza went. Along with some retrospectively ill advised garlic bread. Then bed, because as far as I could tell, the tone of the day had officially hit bottom, and it was time to make it end.

Let’s fast forward ten hours, since I’m fairly sure, aside from a bit of tossing and turning, and the odd snort, my sleeping was decidedly uneventful.

I wake up Saturday morning with breakfast choices, and a headache. Slug down some well needed water. Walk to the kitchen and… I can have some freshly cooked fried eggs, or I can have last nights pizza… 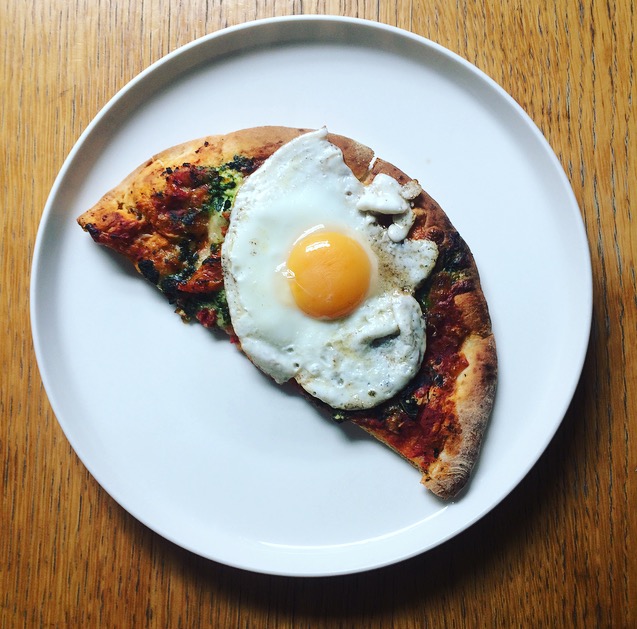 Ever the diplomat, I choose both.